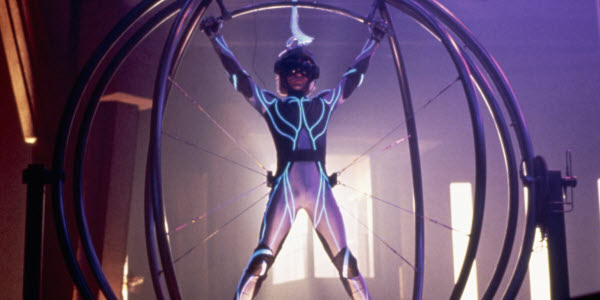 I’ve been thinking about this idea for awhile now that for adults, toys have inherently way less value than puzzles, contests and especially games do. A friend of mine made a point that fantasy simulators, a kind of toy, could have significant value for adults if they were just vastly better than they are now. This is, I think, what everyone assumes to be the case. However, I think even with massive improvements, exponential improvements, toys still could not compete with games.

This idea of “Virtual Reality” is kind of central to everything most people do and think about and imagine and create when it comes to interactive entertainment. It’s always been the be-all, end-all solution to the problem of “what would be the most fun thing to do?”

I’ve loosely rejected that premise for years now, but I think until recently I also accepted that perhaps a super-sophisticated real-world simulator – like a real-life The Matrix kind of thing – would be probably similar in intellectual value for use by a human as chess would.

But here’s the problem: once you have your Matrix thing – what are you going to actually do? Crash a car? Run around in the woods? Shoot a bunch of people? Jump off a building?

How long is it interesting to do those things in Grand Theft Auto? Ironically, the most interesting thing I can imagine doing in a The Matrix simulator would be to… do the same things I do in real life. Have an interesting conversation. Watch a great film. Play a great game. In real life, I spend very little time doing the kinds of things that one would do in The Matrix, and not because it’s unsafe, but because it’s uninteresting.

The problem with humans is that we’re way too smart. Think about the human adult’s relationship with a ball. If one is around, we might kick it around or toss it in the air, but engaging with it doesn’t compete with almost anything else we spend our day doing. Most adults spend 0.01 to 0.001% of their free time, on average, bouncing or throwing a ball around, because there are just way better things to do. Bouncing a ball around, even throwing it back and forth with another person, is just too simple. We “get it” about how a ball works in space. 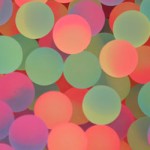 Some have a fantasy about taking one of those small rubber super-bouncy balls (the kind you can find in 25-cent vending machines) and bouncing it as hard as you can in a small room. At first, it seems like this would be pretty exciting, but actually, most of the excitement of this comes from novelty, and maybe a small remaining bit of excitement comes from danger (I might break a window, or hit myself in the eye or something). In terms of what’s actually happening, even in this very extreme version of “ball bouncing around”, nothing will really surprise us.

Let’s say, though, that we want to make this interesting – let’s litter the room with dominoes, army men, and fine china. This is, indeed, increasing the amount of complexity in the room, and so it should now be more interesting.

But it’s weird. How much more interesting is it? In a way, it takes way more time to add in that complexity than it does for us to understand what will happen when activate it. So yes, it’s more complex, but in order to make this room interesting, we’d have to put millions of agents in there or something. Humans are just way too good at understanding physics. I can’t even imagine a room with enough stuff where what would happen would surprise me. It’s all just physics at different frequencies.

Another example might be the portals in Portal. Even though we’re talking about teleportation here – a total breaking of the currently understood laws of physics, human beings totally understand it within minutes of play, and then using portals is every bit as normal to us as walking or driving or any other method of moving from A to B. Playing with Portal as a toy is fun for a similar amount of time as playing with a ball.

So why is Portal interesting, then, if the actual portal mechanism itself isn’t enough to be interesting? The reason is that the missions in Portal provide context for that complexity. Puzzles give a system a goal, and then goal then serves as an anchor which now gives relative meaning to every bit of complexity in that system. Now a spacial relationship can become interesting, because there is a goal which gives positions meaning.

Both “massively increasing the complexity of GTA” and the “the “bouncy ball in the room full of china” has the same problem of horrible inefficiency, because nothing in those systems is giving anything context. Nothing “matters”. Okay, so I broke a bunch of china. So what? What does that mean? The way china breaks isn’t actually interesting. Or for the Matrix thing – what are you going to do that’s actually going to be interesting? The best you can do is something that’s novel or spectacular – both of which are values that have extremely short half-lives.

In Portal, though, we have a goal – solve the puzzle. So now each bit of complexity we add actually means a lot. In fact, it means so much, that we have to be incredibly careful about what we add to it. In toys, you don’t have to be particularly careful about what you add, because nothing means anything. In puzzles, contests or games, every bit of complexity can have massive impacts on the system – this is what makes it extremely hard to make a great game.

In short, here’s another way to frame it: imagine a chess board sitting in that room full of china. You can grab your Queen, and throw it as hard as you can against a wall, bouncing it all over the place. The complexity that’s there is huge – tons of physics operations are happening, something might break in all kinds of different ways, etc – way more inherent complexity than could ever happen on a chessboard while playing chess. Yet, playing chess is vastly more interesting. This is because the complexity that is there for chess is both large and has meaning.

To add one caveat – toys are sometimes also “creation tools”, and to the extent that they are, they no doubt have huge value that’s absolutely on a par with a game. However, if you think about it, when you’re using Garry’s Mod or Minecraft as a “creation tool”, you’re actually adding a goal, turning it into a puzzle of sorts.

I should also mention that for children, even understanding the basic physics of reality is profound and interesting. It takes them a long time to really get a grasp on such things – the example of the baby being amused by “Peek-a-Boo” is a good example of how much our brains really do change as we age.

For us adults – forget about virtual reality, fantasy simulation, and the like. We already have the ultimate form – games – we’re just so focused on stuff like fantasy simulation, technological spectacle and other novelty that we haven’t really been trying to dive in to find their potential.

This article was made possible by the patrons at Patreon.com. To support my work, please become a patron!