Once per year, Wizards come from far and wide to compete in the Dragon Bridge Games: a series of competitive magical battles that takes place on a bridge connecting two small magical islands. Who will be this year’s winner? Business-demons, partying skeletons, humans, stuffed animals, potatoes, magic bug people and other weird characters use tactical magic spells, collect items and do powerful combos in pursuit of deeper knowledge and understanding of magic!

Choose a character and do battle in this quick, yet surprisingly deep two player card game. Take the Travel version with you anywhere!

It’s easy to learn, and seems simple enough: just bump your opponent off the end of the bridge, into the maw of the Dragon. But beware: the Dragon can switch sides!

Grab a copy now for just $20 from Coolstuffinc!

“Dragon Bridge is a tense battle with tactical depth. It’s full of pivots and surprises, special abilities and special traps. Plus, you can play as a fighting potato!”

“Dragon Bridge is a quintessential Keith Burgun game – a finely-tuned machine that generates a lot of interesting decisions with an elegant economy of means.”

“I’m inclined to call this “the best En Garde game” if only because it’s actually more than just another En Garde game. I really dig it.” 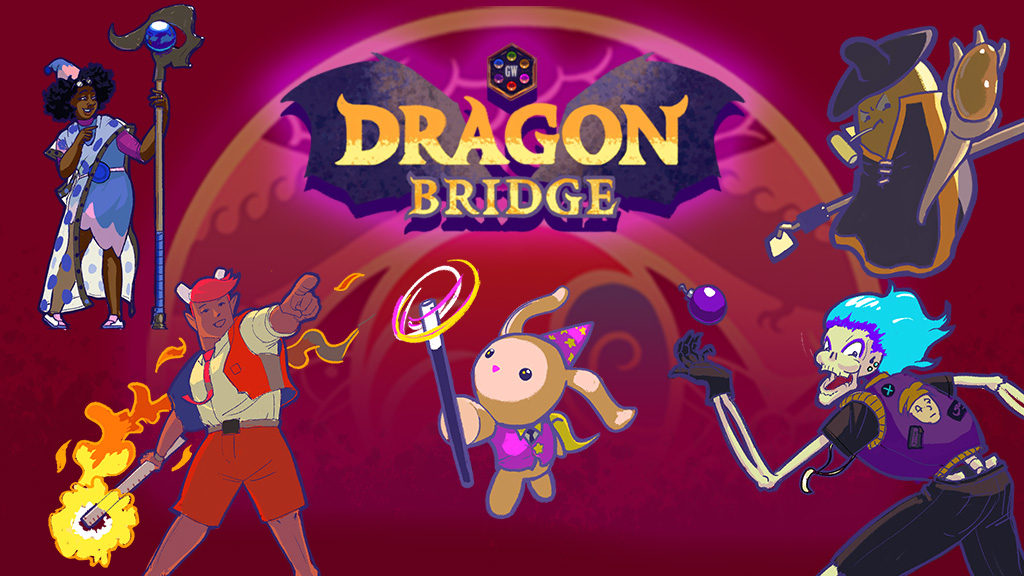 You can get the Print and Play version here.

You can play on Tabletop Simulator here.

Check out the BoardGameGeek entry here.

All site articles about the game.

Dragon Bridge was successfully funded on Kickstarter in 2019! Thank you so much to my backers who brought this game to life! 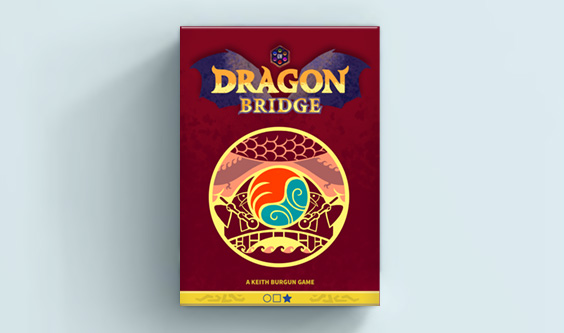