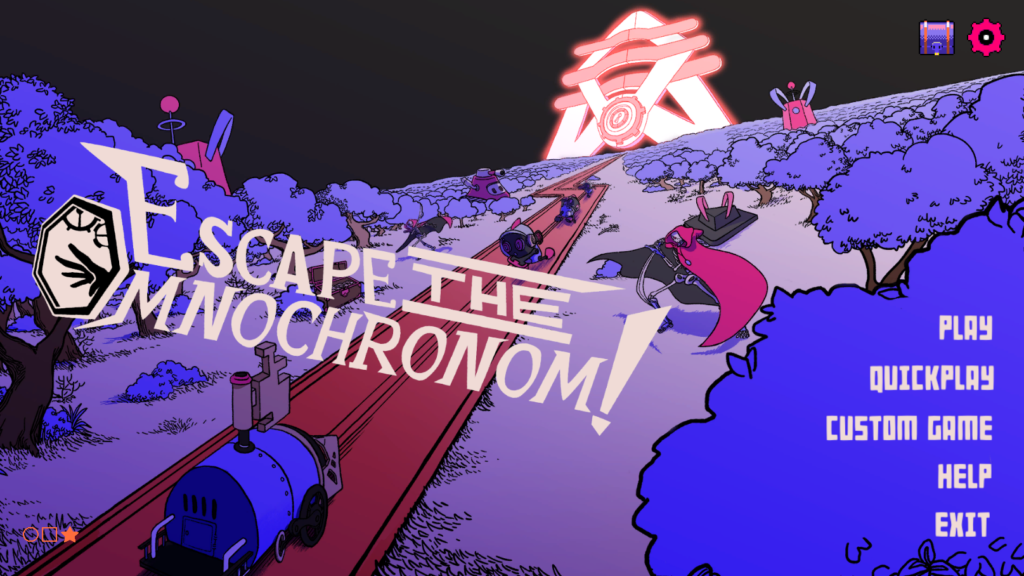 Escape the Omnochronom! is a turn-based single-player strategy game. You’ve been captured, and you’re trapped in a magical contraption known as the Omnochronom. To escape, you’ll need to explore the map, collect treasure, fight monsters, cast spells, and push lanes. Push the top lane all the way and open the door to your freedom—but in order to do so, you’ll need to use both tactics and strategy.