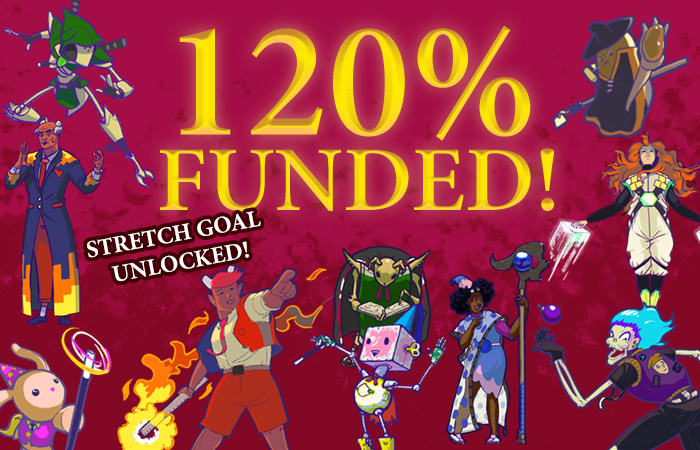 Hey everyone! Yesterday, we reached $3,000 on the Kickstarter and that means we’ve hit our first STRETCH GOAL! Woo! Here’s how single player will work in Dragon Bridge. Also, because it’s me, we of course had to have a Single Player Elo mode.

There are two 1-player modes in Dragon Bridge: Exhibition and Single Player Elo mode. In either mode, you choose the opponent’s wizard randomly, and we suggest that you choose your own wizard randomly as well (although choosing is fine, especially for Exhibition Mode).

Exhibition Mode: Place out both Wizards as usual. The opponent starts with 1 item and 3 gems, one face up, two face down. The opponent does not have a “hand”; instead, each turn you top-deck a card for the opponent and play it as follows, depending on which kind of card it is, in this order:
– If it has MOVE: Move the opposing character the full amount away from the dragon.
– If it has BUMP: BUMP your character the full amount toward the Dragon.
– If it has neither, they READY a GEM or BUY an ITEM if they already have 3 Ready Gems.
– Ignore all other effects that the card lists (i.e. shockwave’s effect, etc)
If they have items or Wizard abilities that could be triggered, they always trigger them.
Expansion: The opponent does not gain white gems or use Bridge Hacks.

Let me know what you think of this mode! See you on the bridge!