Hi all! I was looking around online and I realized that I actually never published this comic I made about a year ago—it originally only went out to people on my mailing list (which you should totally sign up for if you haven’t already). It features two characters (actually, the first two characters I made) from Dragon Bridge: Eve Williams and Derby Pocket. It’s not nearly as elaborate as the second comic I made with Robot Boy and May Danaris, nor is it as fancy as the comic Pete Siecienski made about the origin of Derby Pocket. But I’m still pretty proud of it. Enjoy! 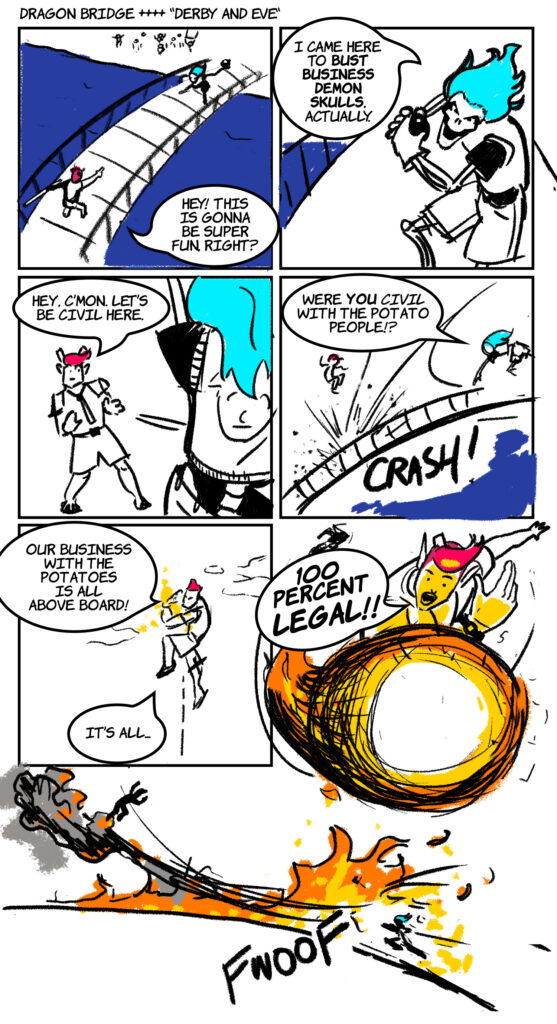