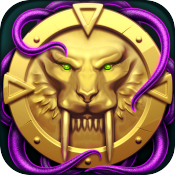 I wanted to write a quick post about Empire, which I haven’t really been able to focus on recently, due to finishing my book and all the madness about getting Auro out. This is a little bit like a “post-mortem”, but not quite. For one thing, I resent the term; it reeks of the old “release it and forget it!” model for games, which as you might know is the opposite of the way I treat my games. But also, I don’t know whether there will be future work on Empire or not.

I am ultimately not in control over whether there is or is not future development on Empire. The game is owned by Crazy Monkey Studios, and right now I know they are working on another project totally unrelated to Empire, not designed by me. That doesn’t mean that they definitely won’t come back to it – they may, but it’s not directly in my control. If it were directly in my control, if I could just make builds myself as I can with Auro, I’d be making balance patches every few weeks, as needed, essentially forever.

Before I go into specifics, if you want there to be more work on Empire, probably the best thing you can do is help us get it passed on Greenlight. Probably even Empire’s detractors would agree that it should be on Steam if some of the other games on there made it on through the Greenlight process.

I still think the game has a long way to go. There were dramatic changes happening in the last few patches, as people probably know. These were attempts to make higher level changes to fix a fundamental problem. The fundamental problem is that there are two “screens” – the overmap and the combat – and they fight with each other. This is not something that can be solved with high level changes. One of the two “screens” needs to be dramatically reduced in complexity.

In other words: the fundamental problem, funny enough, is that Empire does not conform to the Clockwork Design pattern, which is what I just spent the last year writing a book about. How the hell did that happen?

Well, I actually designed Empire – the core of it – around three years ago (~2011). At that time, Auro was in its infancy; we didn’t yet know that it was going to be all about “bumping”. I didn’t quite grasp the concept of “core mechanism” and how important that was.

Somewhere in 2012 I guess, I was approached by CMS about making a game. I had the design doc for Empire lying around, and I had even tested a paper prototype version of the combat, so I was very excitedly like, “let’s do this!” One of the members of the team had previously worked on the Age of Wonders series, so it seemed pretty natural to do a “4X” style game with them.

So like Auro, Empire started out as a “copy of a non-thing” (a non-Clockwork Design). In Auro’s case, that non-thing was “a Rogue-like.” In Empire’s case, it was “4X Strategy games”, whatever that means.The difference is that I was able to spend the years required to mold Auro into a thing, whereas I wasn’t able to with Empire. So the solutions thus far with Empire have been essentially stopgap solutions.

There were some reactions out there from the Empire changes that we were changing way too much about the game, and turning it into a completely different game. I agree with that, and that’s a totally reasonable response, but what those people didn’t maybe know is that I think the game needs even more drastic changes to really work.

Again, I have no direct control over whether there’s ever another patch or any other Empire thing, but I’d like to talk about some ideas for what I would do if I get the opportunity.

Like I said, there’s a fundamental design issue, which is the two different screens. I think that of those two screens, the combat-screen is the richer, more-ripe core mechanism. So the question is, how do we focus on that?

I haven’t really begun any formal process of digging into that yet, but I have a rough idea in my mind of how we’d approach it. Essentially, I would start by trying to see if we can completely remove the other screen. I’d try to make it work somehow by just being “combat-combat-combat-combat”, with maybe some very simple screen in between that showed score/stats in between. With this change, I would add more cards that do more with deck management, and some cards that produce units.

If this didn’t work, I would start to scale up a bit from there, and see if there are elements from the overmap that can be used.

Another question is how do we actually offer this? Ideally, I would actually have this mode over-write the existing mode, since the existing mode really just is not up to snuff. However, for a lot of practical reasons, we probably won’t do that. An inoffensive way to offer it would be as a “mode” in the Empire app, like Blitz mode or something. Or I’d be fine with it being another app, like Empire Blitz, or, much less preferably, Empire 2.

I’m still excited about the future of Empire! I hope that we can continue to make changes to the game and eventually get it to a really good place. Again: help support us on Greenlight – that’s the best shot we have for the future of the game. Thanks for reading!