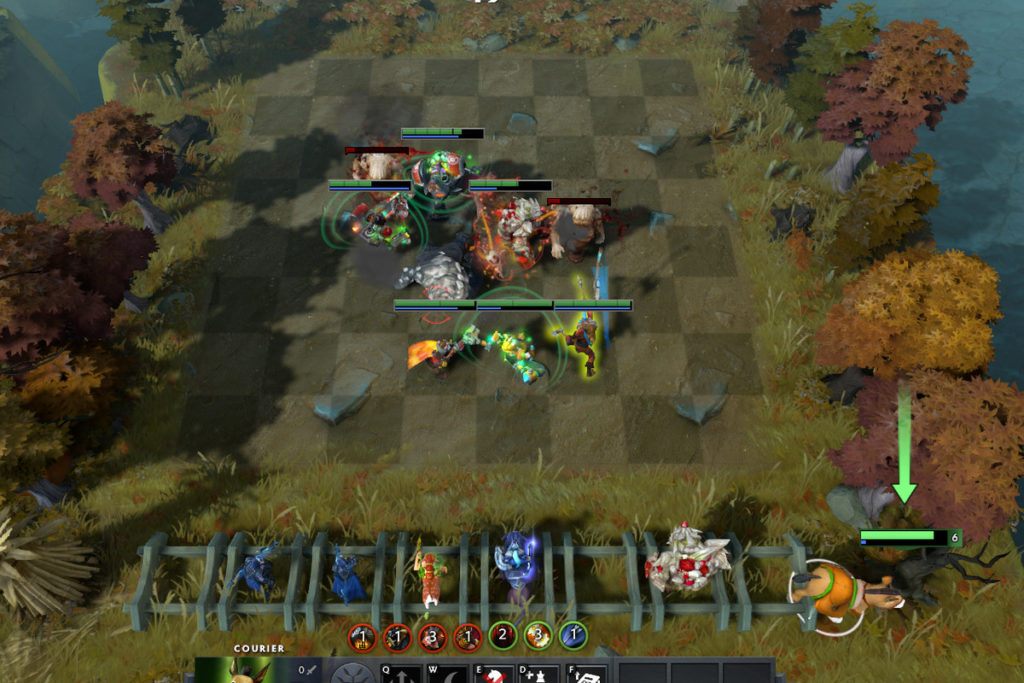 Another title of this article could be, “what it says about videogames that we consider Auto Chess to be a genre“. Because of course, the way language works is that if enough people say a word means X, that’s simply what that word means. But it’s worth noting that if we’re calling Auto Chess (and its handful of slight variations, most notably Teamfight Tactics) a “genre”, that is pretty different from how the word is used in other media (books, TV, music, etc). This is important not at all because of “wahhh! We Must Be CONSISTENT!” or any kind of “that’s not how I learned it!!!” grammar-police type behavior, but because of something that it says about how we think about innovation in videogames.

I just found Zach Gage’s podcast (not sure how it took me this long!), the Spelunky Showlike, and I’m really enjoying it—go subscribe to it if you haven’t already! I noticed on the latest episode, which features a systems designer from Riot, Greg Borenstein, they mention me in reference to the topic of randomness in game design (so, based on presidential candidate debate rules, since I was mentioned, I get a chance to respond!!).

I could respond to some of what was said about randomness, for sure (and I liked what Zach said about recently super competitive gamers have all the sudden seemed to drop all concerns about randomness in games). But the thing that made me shake my fist to the sky and yell “Nooooo!” like Skeletor was the constant use of the word “genre” to refer to basically just the two games “DotA Auto-Chess and Teamfight Tactics”.

Imagine if, after Britney Spears released “Oops, I Did It Again“, a handful of other artists (like let’s say less than five) released new versions of the song, note for note the same, same structure and everything, but changed the lyrics, and/or maybe changed an instrument or two. Imagine if then we called this the “Oops, I Did It Again” Genre. That’d be kind of strange, wouldn’t it? These new songs are slight variants of an existing song, and would not be considered to constitute a genre.

Looking at film, what are the genres? Stuff like, drama, horror, comedy, action, family, and a bunch of subgenres like “romantic comedy” and “historical drama”, things like that. Genre in film tends to be very broad stroke categorization based on certain specific criteria that can apply to thousands of movies each. Even subgenres have, within them, tons of variation.

Anyway, I don’t intend to do a deep dive on “what is and what is not a genre”. All of this stuff is messy and transient and hard to totally contain, for sure. I have a couple of major problems with us calling Auto Chess a genre, though.

Getting to my point.

My big takeaway on this is what this means about systems-based videogames, which is this:

1. Systems-based videogames basically SUCK when it comes to innovation

One of the reasons we call Auto Chess a new genre because it doesn’t fit neatly into one of our existing genres: FPS, RPG, MOBA, platformer, etc. And one of the reasons that it doesn’t fit into those genres is that many of our genres are themselves extremely restrictive. Actually, I really wanted to write this article years ago about “MOBA” as a “genre”: DotA, League and like two to three other games came out over the course of a few years and we considered that a “genre” because it wasn’t an RTS (yet another thing that is basically a single game design with variants).

I’m far from the first person to say this, but the point here is that in terms of building interactive systems, we don’t innovate on a systems level very frequently in videogames. We tend to start with a quote-unquote “genre” (which is again, an entire, top-to-bottom system design) and then apply our own characters, world, theme, and some slight to moderate rule changes.

It is within this atmosphere that a singular new game design idea gets called a “new genre”. Compare this with designer board games: the assumption is that of course every game will be mostly new in its systemic design. If Scythe came out as a videogame, and one other company fast-followed it, we’d be calling it the “Scythelike” genre. Yet in board games, nearly every new moderately popular game is every bit as innovative or more, mechanically speaking, than Scythe is.

To clarify: I am not saying videogames in general are not innovative. I am speaking rather narrowly about strategy games, competitive games, evergreen-style “systems games”. When it comes to narratives, personal expression, visuals (oh my God are we great with visual innovation!), and other qualities, we do amazing. I’m just saying: the fact that when “a game with new rules” comes out we call it a new genre, it’s emblematic of how rare that really is.

Of course, there is another component to systems-videogame genre formation, which may be even more problematic. 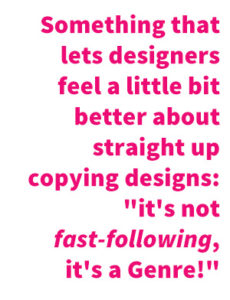 2. We have internalized marketing.

Something is a “new genre” in this area of videogames IF it has a new ruleset and it’s really popular. On the podcast episode I mentioned earlier, someone (I forget who!) was talking about how when DotA first emerged, he was disappointed to report that he had “missed’ the birth of that new genre, and now, he’s really happy that he got to be around and see the “creation of a new genre”.

I think maybe genre is the kind of thing that you can only describe after the fact: if there’s one or two popular games that are similar, I don’t think that’s enough to be a “genre”. I wonder if our desire to speed up this process, to pronounce something a genre inside 365 days of its creation, is at least partially driven by our ingrained way of thinking of videogames as commodities. Now part of the Auto Chess brand is that it’s a “New Genre”. I also wonder if this is something that lets designers feel a little bit better about straight up copying a design: “it’s not fast-following, it’s a Genre!”

Maybe a new “genre” of videogame got made in 2007, but it wasn’t very popular. Actually, I’m quite certain that small indies make games that are at least as innovative and different as Auto Chess was, but since they aren’t massive phenomenons, they don’t get Genre Status.

Why should you care? 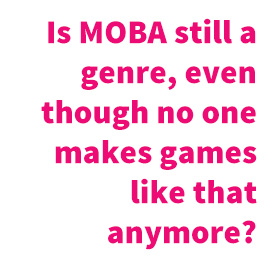 I happen to not be a huge fan of the Auto Chess game (mostly because, as they describe on that podcast episode, it’s basically a complex gambling machine), although I am a huge fan of League of Legends, and I similarly reject MOBA as a “genre”. Hey, here’s a question: is MOBA still a genre, now that no one is making games like it anymore? Maybe MOBA was never a genre; maybe we just got wrapped up in the hype of “holy shit, a new ruleset and it’s popular enough to sort of actually exist”. Genre is being used as like a marketing term, like Blast Processing or something, to make the new big popular thing even more new and big and popular. That’s the job of marketers—let them do that work.

(I could have another part here about Rogue-likes and how many Rogue-likes are in fact quite a lot Like Rogue and how that should probably not constitute a genre; actually Rogue-lites, which is a much broader category of games and mechanics that do have a couple of broad points in common, and is probably one of the most legitimate “genres” we have (although it needs a new name).)

I think the reason I really wanted to write this is that for many, many years I’ve thought that the way we think about “genre” in videogames have been holding us back (I’m pretty sure there is something about this in my first book from 2012). We get some super successful game, and then everyone is ape-ing that for a decade instead of just stepping back and thinking about interactivity in a more broad sense (which is totally possible and works, as demonstrated year after year by board game designers). Also, like… c’mon people, there are two or three games that are similar and that’s a genre now?

Really it all comes down to our specific form of capitalism and how we make, sell and market videogames. Whether you’re a fan of this arrangement or not, we can at least acknowledge that there are downsides, and one of them is that we suck at innovation. I don’t know if there’s a good way to fix this, but at the very least, I’d like our Game Design Intelligentsia, our most thoughtful designers with podcasts and stuff, to push the brakes a little bit on letting marketers offload their work to us.

If you enjoyed this article, please consider becoming a Patron of my work on Patreon.com!