Back in September, I introduced people to my upcoming card game, Spellstorm. The initial plan was to launch a Kickstarter in February of 2023, but back in early December I realized we were going to have to push that back.

The original version of Spellstorm that we were working on for most of a year turned out to have a few fundamental problems. For month after month, I tried fixing them with different supporting mechanisms, different ways that cards were obtained, different ways damage was dealt, and a lot more, but nothing really fixed the fundamental problem. Let me quickly explain how the game worked in broad strokes, and then I can explain the main problem.

Basically it was a two-player game where players would be bumping each other back and forth on a 1-by-X grid (X was as low as 10 and as high as 25 at different points). You’d have a hand of cards that would say things like “BUMP 4” or “BUMP X”, and the X would be determined by a resource we were calling Fire Power. At different points you’d also have a Water Power which would determine how far you could MOVE – the other big verb besides BUMP – and at one point it even subtracted from incoming bumps (so if you were BUMPED 8 and you had 4 water power, you’d only move 4 spaces). You win by bumping the opponent into damage areas, dealing damage to them until their health reached zero, before they could do it to you. At different parts of the bridge there were investment tiles, so on a basic level the premise was kind of, “do I move to a relatively unsafe investment tile, or do I BUMP?”

A lot of the basic MOVE/BUMP dynamics were inherited from my 2019 card game, Dragon Bridge. Indeed, Spellstorm originally started as a sequel to Dragon Bridge, a larger and more fleshed out version (with better art). There was a lot more to the game, but this is a good basic level description of the important dynamics.

There were really two major problems, one of which was pretty fundamental to this design.

Once I realized that we were going to have to ditch the core mechanism, that kind of meant something like starting over. Not exactly, as I’ll show, but largely.

It’s good at moments like these – moments where you’re kind of at a loss, and wondering whether you’re maybe just a bad game designer or something – to just ask yourself, what am I trying to do here? Not even on a mechanical level; on a human, emotional, basic level, what is this thing, and why am I spending so much energy trying to make it happen? I think for Spellstorm, the answer is a couple of things:

I want to start with the second bullet point first, because to me the characters – Derby, Eve, Bunny and the rest – are really the emotional heart of the game. They are expressing something at a really human narrative level about me – they’re saying something that I want to say, not in a literal way, but through their existence. They’re all shards of my personality, and I want to bring them to life in a way that they haven’t been before. This has been made possible via the master of light and color and charm that is my amazing artist, Christina Zhong.

Christina has given this game such a life, and I’ve long felt, since early in the development, that while the core mechanism is the “brain” of Spellstorm, the characters are the heart of the game. Spellstorm will be the third published game in the Gem Wizards Universe – with Dragon Bridge being the first and Gem Wizards Tactics being the second. At this point, I have a pretty fleshed out bunch of lore and stories and personalities built up in this world and I’m really eager to express them. While Spellstorm is not a narrative game – it’s a 2-4 player battler – I think that these characters’ personality is clear and their history and desires are at the very least hinted toward.

The fact that the characters have always been the heart has, for me, been a little bit comforting, because it has always kind of been an aesthetic north star for play for the game. What is the experience of being Bunny Wizard like when playing a game called Spellstorm? What sorts of things do you do, or not do? How does Bunny Wizard feel different to play than say, Omar Evans, the bug ninja? And how does Omar feel different from Derby Pocket, the infernal intern?

The relationship between these aesthetic and the mechanical and how we can use mechanics to express human, emotional ideas, identities, or stories, is really why I do game design.

So! Going forward then, what is Spellstorm now? The first thing that I wanted to shoot for, and actually something I’ve really wanted very badly for this game since the beginning, was a kind of “smoothness”. I just want it to feel easy and casual to play, even if it’s actually a deep strategy game. I don’t want it to feel cumbersome or calculation-y, things that I’ve always been sensitive to, and also these are qualities that my designs tend to have if I’m not careful.

So the first approach for a new Spellstorm was something like Hearthstone: Battlegrounds in tabletop form. The first idea was that you have these cards you play out in a line – you play yours out and I play mine out, maybe we reveal them one at a time and they each activate, maybe you have a power or two in your hand, but mostly it’s kind of a turn based “autobattler”. This was kind of a cool idea but had some issues.

That later evolved into… something that really isn’t like anything else I’ve seen. We’ve only playtested it about 5-6 times – each time it was a blast, despite the balance being all wonked up – so I don’t want to get too deep into the details right now. But the brass tacks are that you have cards with a strength number on them (like between 1-4 usually), and you do a series of battles with other player(s). Each battle consists of a number of rounds (usually 4-6), and each round there is 1 more lane added to the game. Players both place cards into lane 1 simultaneously and reveal (although so far there isn’t much “on reveal” stuff, so it’s pretty low on “yomi” simultaneous action stuff; it’s mostly just for speed). Each round, with each lane added, players have 1 more mana with which to do things, but crucially, and this is something I haven’t seen in a game like this before: you don’t require mana to play cards, you only need mana to activate card abilities. You can also activate some card abilities from your hand, adding to the hidden information. There are some spacial cards, like some cards say “the NEXT card can’t be destroyed” or “the PREVIOUS card has +2 strength”, etc. After the required number of rounds, you tally up the total Strength of each side to determine the winner, and the loser takes some damage. Then, between battles, players draft new cards and can buy some upgrades and stuff.

It’s a pretty cool system and not like something I’ve seen before. There is some (not a lot) card removal, so while you can play your big 5 power card on turn 1, that gives the opponent ample opportunity to set up for destroying it. Also, some cards also have abilities that are great to activate from-hand, but if you do that you can only activate it once, whereas if you activate it on the board you can do it every turn (that you have enough mana to do it).

There’s still a lot of knob turning required to get things working just right, but for the first time in Spellstorm’s 1 year history, me and my playtesters have all wanted to finish the games. I’m really excited!

The Value of Cards

There is one sense in which “a card” is just a rectangular piece of paper with some stuff written on it. But there’s another sense in which cards, and card games, have all this existing built up language around them that can be harnessed for game design. Kind of an aside, but this is kind of a broader thing that I’ve been coming to grips with: a lot of the genre expectations and stuff that I’ve thought of as “grandfathered in”… some of it, it’s true, it’s just kind of done because that’s what’s done, almost like a tradition. But a lot of it is a language, a language that has been in development for a long time, and by speaking that language you are tapping into that value rather than having to start from scratch.

So there’s another sense in which a “a card” is a part of an existing quite rich spoken language. Over the past two years getting more comfortable with Magic: the Gathering and seeing how much, what an incredible amount of development goes on and has gone on for 30 years with that game, I’ve become a lot more aware of this language and, I suppose, humble enough to accept that there are many people out there doing lots of meaningful game design. We’ve watched as this language has developed from MTG, to things like Gwent, Codex, Hearthstone Battlegrounds, and most recently Marvel Snap. I really appreciate the design work that’s happening in this space, and I want to be a part of it.

I think… there’s a lot that I’ve said about randomness over the years, and I think my latest article on the subject is my best. And I’m not sure if I really disagree exactly with anything I’ve said, at least not in the last 10 years or so. But I do think that overall I’ve been too careful about randomness. I think that games can handle more randomness than I perhaps previously believed, and more important, randomness is a lot of the times (as dumb as it sounds) the missing piece to help me pursue some of my design goals (smoothness, for sure).

Basically, I think that cards in a “card game” need to have some of these properties, and this is not otherwise necessarily obvious to me:

(I’m looking at this article now and thinking that this is like my most Un-Keith article ever. I apologize.)

Also, a side note: Dragon Bridge is kind of weird in that it is a game that uses cards, but it’s not really a card game in that sense. It’s more like a trick taking game or something.

I think the biggest lesson I need to learn here – and I should have learned it after the three year attempt to make Escape the Omnochronom! work, is that life is too short to spend months or years trying to get a game concept working. There’s a piece of game design wisdom that I’ve heard over the years which is that you should try and make sure your game is fun right away, even in the prototype stage. I’ve historically been kind of skeptical of this, because I do think that a lot of times a game is fun because of a holistic coming together of all of the elements, and also because of my experience working on Auro, where there was a long period of trying to figure out what the system would be before we found the bumping core mechanism. The Auro experience kind of taught me the wrong lesson I think, and it’s one that’s taken me a long time to un-learn.

That’s about enough for today. Thanks for reading! 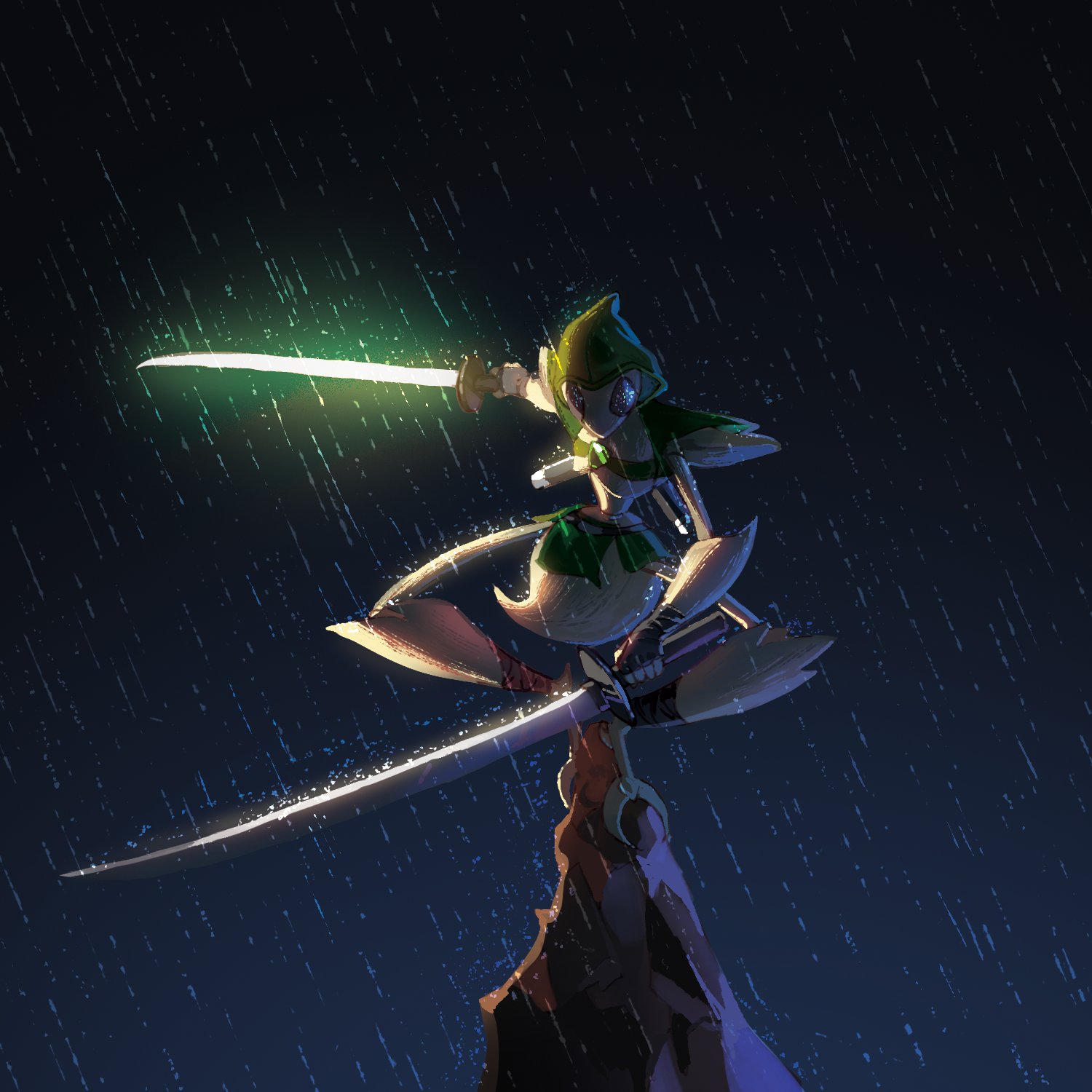