Skip to content
My official position is that you can’t really “improve” Go. There might be something in there worth salvaging, but you can’t just tweak some rules and make Go better. That’s not because Go is so great, but because tweaking rules on an existing system like that tends to create vastly horrible results.
With that said, it might be an interesting intellectual exercise to sort of try to graft on the Clockwork Game Design concepts onto Go and see what you get.
Every day I throw down failed game design ideas. Today I thought I’d share one with you guys just to get a little game design conversation going. (With the election and everything, things have been a little slow on that front recently.)
Here’s as far as I got, just to get you guys started. 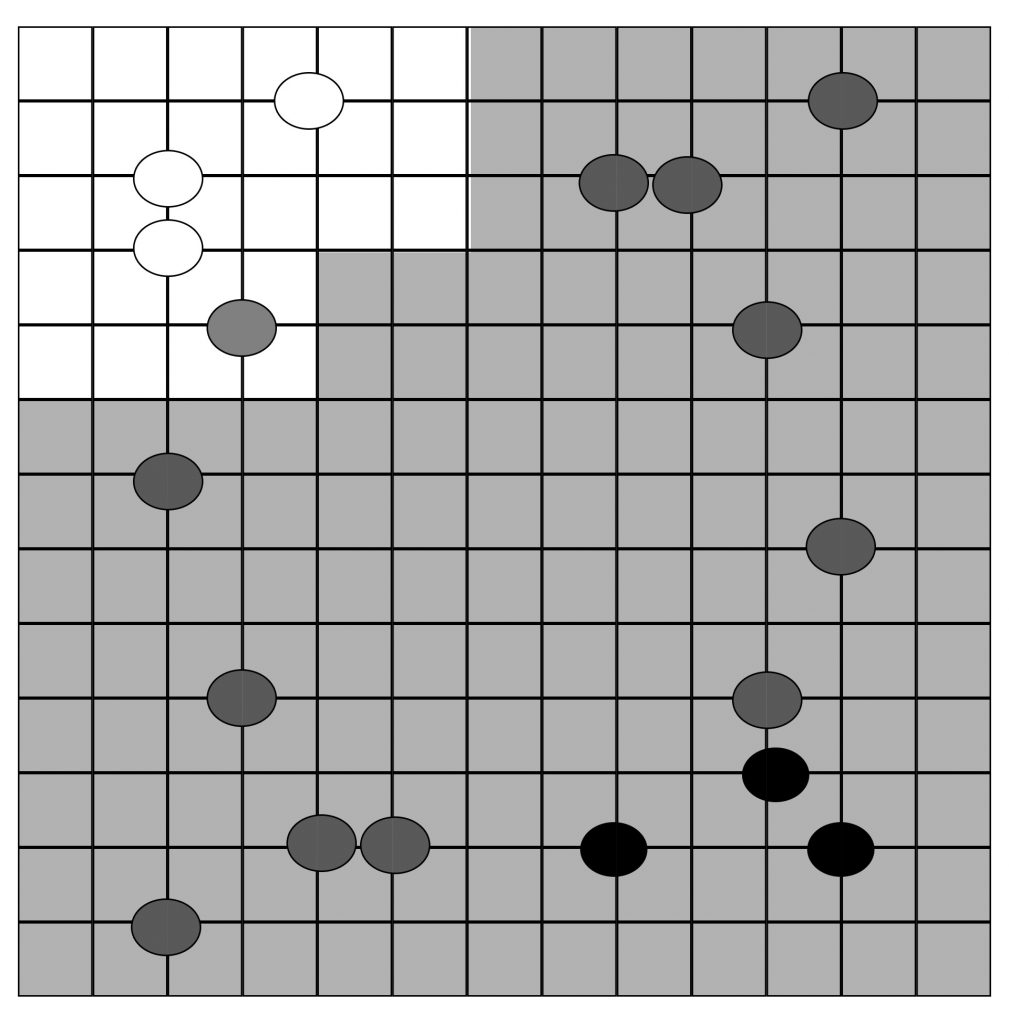 Some basic ideas for it:

A few thoughts I had as I was giving up on this:

– Maybe this could be single player somehow? Like having to do with the grey pieces? Probably not.

Back to the fog of war and the problems with it: funny thing about this is, it doesn’t really work, and one of the reasons it doesn’t work is the “I can just lay down pieces willy-nilly whereever I want with no restrictions” element of Go to begin with.

Anyway, like I said, I make these kinds of failed little concepts all the time and since things have been slow around these parts recently, I thought I’d share this one totally non-working, bad idea with you.

How would you apply the Clockwork Game Design design methodology to Go? Just to review, here are some of the demands:
– No memorized openings/closings
– Some source of hidden information
– Ideally, something that looks like a core mechanism
– The game should be no longer than it needs to be (Go’s pretty long)
I’d love to hear your thoughts.