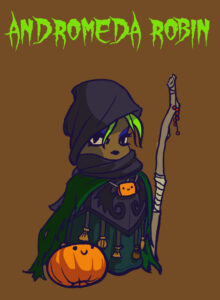 I wanted to do a quick write up to let everyone know about the latest abilities and such of the Potatoes faction in Gem Wizards Tactics.

Originally I had a Potatoes Version 0 concept, which I can’t really remember now (I have it in a google doc somewhere, but it’s not important to summon up). Then I got Brett “BrickroadDX” Lowey involved and he kinda did a complete overhaul on the Potatoes which involved a bunch of really brilliant ideas for Potatoes 1.0. (I remember I told him, “the only thing I care about that you keep is the Andromeda Vine“, and ultimately that was the only thing that straight up didn’t work at all.) Anyway, after Brickroad’s development phase, the Potatoes were in a much better place, but it was a little bit “fiddly”. One of the core concepts was his idea of “watering”, that you could water grass to turn it to forest, water forest to spread the forest, water units to drench them, water certain crops to have them grow, etc. Generally I think this is a very cool idea and most of it has been kept, but it’s just been toned down a little bit in complexity.

With this all said I am sure that this won’t be the last of the Potato faction changes. But it should be the last significant change between now and release. I’m not writing Action Point or Gem costs on these for now, as that’ll probably be changed at some point, and it’s not super important or interesting for you to know anyway.

Strategically speaking, their basic premises are that they’re Econ and Defense, and that they’re very sturdy, a bit slow moving, and about growth. They also lack a Flying unit. So here we go, Potatoes 2.0!

Andromeda is a forest witch who has stayed in isolation for many years, but has finally emerged to lead her people in this time of crisis.

Andromeda’s passive is called Harvest: every other turn, if she has at least 6 Vines (which we’ll get into), all of her units gain +2HP. And the really powerful thing about it is that units can go above the normal max 10HP with this ability, up to 15HP (nothing else in the game works that way!). Vines are basically like “super forests”, they’re even harder to traverse and provide even more defense, but if someone takes damage while inside them, they’re destroyed.

The Potatoes are a heavily agricultural society, and a lot of their cultural and religious practices revolve around vegetation of various sorts, so naturally, there needs to be some good way of distributing water where it’s needed. Because of these needs, the Splashmasters have become cultural icons as they travel from town to town bringing water.

Sockball is the premier sport in Pomme de Terre, and when war broke out, a great many Sockball players signed up to help defend their lands. The sport is very popular, but very much a folk sport, so most of the equipment is made up of objects for other purposes: a blanket for a uniform, a trash can lid for a shield, that sort of thing. On the battlefield, the Patrolls make for an extremely sturdy front line, while being able to move quickly when they need to.

As is the case in any world, the farmers are an extremely important pillar making Potato society work. Corn is a major crop and these farmers know how to produce so much corn, you’ll be like, “Coooooooorn!!!!”

A legend of Potato folklore, the Reaper was considered to be a mere story, until Andromeda summoned them from the forests. Little is known about the Reapers, except that their dark magic seems to consume the life of everything it touches, whether plant or animal.

In addition to these abilities, the Reaper has Death Strike: after combat, deal additional damage for each stack of Dark Binding you have.

That’s about it: we also have a “Launcher” unit that simply throws a Potato unit somewhere else on the battlefield – if it lands on someone elses head, they damage them and keep bouncing (kinda like Auro).

Thanks for reading! And don’t forget to wishlist Gem Wizards Tactics!