I’ve been playing a lot more videogames recently. Over the past ten years, I developed a very specific set of criteria and tastes that made up a paradigm of game design. All of this lead me to search within an extremely narrow (and increasingly narrow over time) space for new games to play—Eurogames in particular, and some single player strategy games like 4X games and weird Rogue-likes and Rogue-lites. “Designer games”, you might call many of them. But even within that sphere, there were many qualities that a game could have which would put it into a sort of “autoreject” category for me. I wrote about some of those qualities in articles like “Instant Ambiguity Sauces” and even last year I wrote about my problems with score systems.

It’s not so much that I think I was wrong about any of that. I think basically everything I say in both articles is at least mostly true. The “sauces” metaphor is quite terrible and ugh, the writing in that article makes me feel bad in my tummy, but the points made about execution, labor and such are, I think, true. It’s more like, taking a step back: yes, those things are true, but they also have these other qualities, these benefits that maybe you’re not thinking about, 2012 and 2017 Keith. 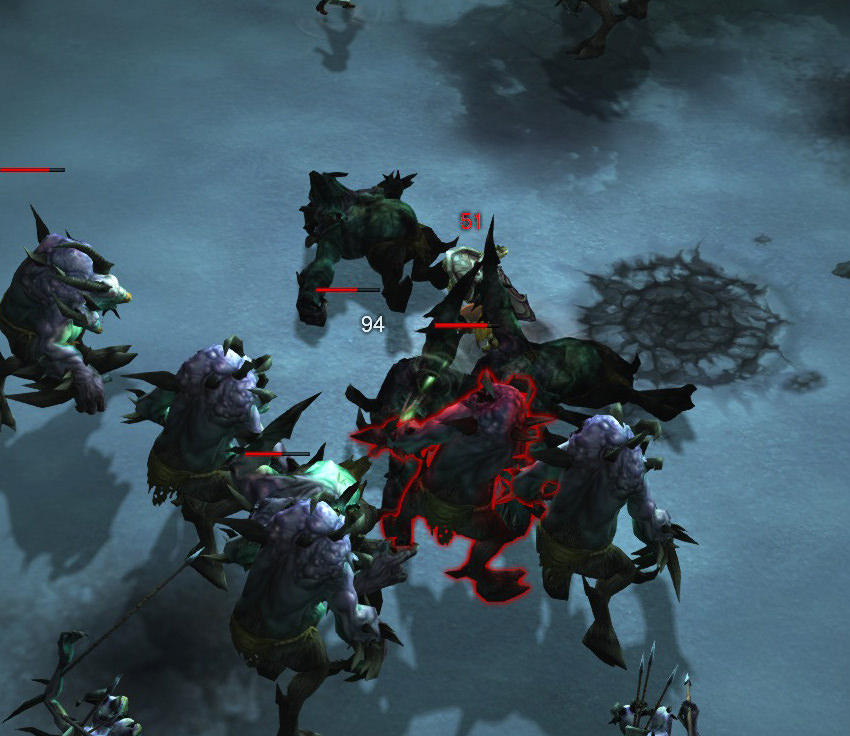 Recently, I opened that back up to a lot of kinds of games which two or three years ago, would have been in the autoreject pile because of their numerous GAME DESIGN FLAWS. Partially, this has been an experiment, I think. But I am also earnestly enjoying some or all of the following games, in varying ways and degrees: Pillars of Eternity II, Diablo III, Overwatch, Darkest Dungeon, Gwent, Hearthstone, The Witcher III.

I want to be clear: the randomness and content-explosion of Hearthstone is a real problem for me, as is the console-RPG restrictiveness and non-interactivity of The Witcher III (I’m spoiled by CRPGs, sorry). I don’t see myself playing either of these games again.

But in playing these games, I’m just kinda noticing… man, in my epic quest for good game design philosophy, I think I’ve lost touch with some stuff that almost everyone else sort of intuitively knows about games and what makes them enjoyable. Here’s some of those things.

Yeah, in Rogue-likes, a lot of how you do is dependent on what enemies get generated when, what items drop, and such. It’s pretty random. But people, including myself, kind of enjoy that. Not enjoy the game despite the randomness, but actually because of the randomness.

I used to hate it when people would say this in response to my randomness-complaints. What really concerned me was this idea that we were just going to “rely on randomness instead of building an actual system”. I saw a lot of designs that felt “under-designed”, and felt like they only worked because of the randomness. I felt that we were using randomness to trick ourselves into thinking that our designs were working, and thus, learn nothing about design in the process. This also goes for other stuff I’d call “sauces”: execution, tons of content, stuff like high-score systems. These all work fine when implemented properly. Do they have downsides? Yes. And I think it’s good to point those downsides out, but This brings me to my second point:

2. We don’t need to worry about the human race not-learning about game design

The thing is… we are learning about design, even about designing the kinds of systems I’ve been interested in. There’s a clear progression from year to year, decade to decade. Actually, in the last decade, the speed of game design innovation and refinement has never been higher, and this despite my cries of “stop all the game design sauces”. In the world of designer board games, it’s most obvious to me, but also… almost everywhere, it’s pretty obvious. As I have more and more games finished, this reality becomes clearer and clearer to me. The innovations of Darkest Dungeon, or even The Witcher III as a couple examples, are innovations that I would have dismissed five years ago. But I now recognize a bit better how seemingly “small” changes have massive ripple effects throughout a system. From my work on Escape the Omnochronom!, I’ve learned how incredibly hard it is to innovate in the radical “from the ground up” sort of ways that I used to perhaps over-value.

Anyway, I think it’s pretty obvious to most people that we are learning some stuff about game design. I think if anything, my previous cries on this issue were more of a complaint that not everyone agreed with my idea of what “game design knowledge” should look like: super-formal, and most-valuing the kinds of systemic qualities that Keith Burgun most-values. Some of this “worrying about the state of game design advancement” feels a little bit like me just having a chip on my shoulder, or something to prove. Which… isn’t all bad. It’s good for people to occasionally try and prove things. But it’s also good to make sure that your identity isn’t completely consumed by the big point you’re trying to prove, and it’s important to remember that whatever point you’re trying to make, there’s always a bigger picture.

3. It’s okay, sometimes, for games to “waste your time”

I’ve written a lot about elegance and how games (and all art) should be as efficient as possible with the time that a player gives you. In my book I sort of define “elegance” as a ratio between the time that someone puts in playing your game, and the value that they get out it. A highly-elegant game would, at least in theory, give a player tons of value in five minutes, whereas a low-elegance game might go on and on for six hours and give the player very little value.

I think this is sometimes true, and a worthy thing to think about. The game Civilization, for example, is plagued, in every single iteration, by becoming almost objectively boring once the game reaches the mid to late game.

But I also worry that this very-transactional way to think about games (or any art) is incorrect, and probably damaging. Art is people too, and sometimes people take a little while to express what it is that they’re about. Maybe that’s okay. Maybe there are some things that need to take a little bit of time to express. Maybe there is something in that “downtime” that’s actually important. Furthermore, maybe this is just a specific problem with Civilization, and not something that should be formalized into some grand philosophical point.

Of course, on a practical level, if a game takes a lot of time to play, you may just not have the time to do it, depending on your life circumstances. But I don’t know. I think I always probably had the time to play pretty much any game I wanted to play.

I also think the combination of:

… was a pretty big culprit in my “anti-time-waster” philosophy. I think I probably played an hour or less of a lot of console games and, even if I would have ultimately rejected them anyway, rejected them partially because the tutorials were so incredibly boring. They were a perfect opportunity for my cynicism to say, “SEE? It’s just telling me to put the square peg into the square hole! I told you videogames sucked!”

4. The fantasy really matters a lot

I used to think of “a game” as “a set of rules” and then you use theme (characters, setting, art, music, etc) to express that ruleset. The rules are really what make the game the game, and the theme is just kind of a “skin” that we place on top of it. The idea of “reskins” supports that.

I think that that’s not wrong, but it’s part of the picture, and one big part of the picture that this misses is the way that theme linguistically or semantically links your rules for players into a coherent picture. If you’ve been designing games long enough, you probably have noticed that some rules may be “exactly what the system needs mechanically“, but just for some reason feels totally weird and wrong to have in the system. It’s too number-crunchy, or too far from the core mechanism, or just makes no sense thematically.

Eurogames are some of the most “systemy” kinds of games out there (which is a big reason they’re some of my favorite games ever). But sometimes, they show a little bit of this. Check out this “basic theme” explanation for Friedemann Friese’s game, Friday:

Wait, so, you’re not Robinson, you’re some other guy, named Friday? And I’m teaching Robinson? Also why am I teaching him to improve his survival abilities when what I really want is for him to leave the island? Shouldn’t I just be building him a new boat or something? Also if he beats two pirates, he leaves? This, to me, is a good example of a game which has a bit of that “feeling like the theme was slapped onto mechanics” feeling.

For so many popular videogames, if you don’t try to get into the fantasy at least a little, they really don’t make much sense, or work. If you really think of Breath of the Wild as just a mechanical puzzle/exploration toy sort of system, you’re going to be pretty disappointed.

I think I really just under-valued how much work fantasy simulation can, and maybe always does do for games. (Actually, I have a new strategy game that I’ve been working on recently, and I had been hitting some walls until I decided to go back to the theme and let the fantasy drive the design a little bit. Sometime soon I’ll make a video or something talking about this.)

That’s about it for today’s self-flagellation session. Hopefully some of this was interesting or useful. My hope is that while there were many things which were obvious to others, but not obvious to me, perhaps the reverse is also true. I think theory is good and useful and necessary, and I think the theory work I’ve done is good. It just needs to be put in the proper narrow context and understood as looking at a very small-scope problem. There’s always a bigger picture.

As always, you can support my work over at patreon.com.