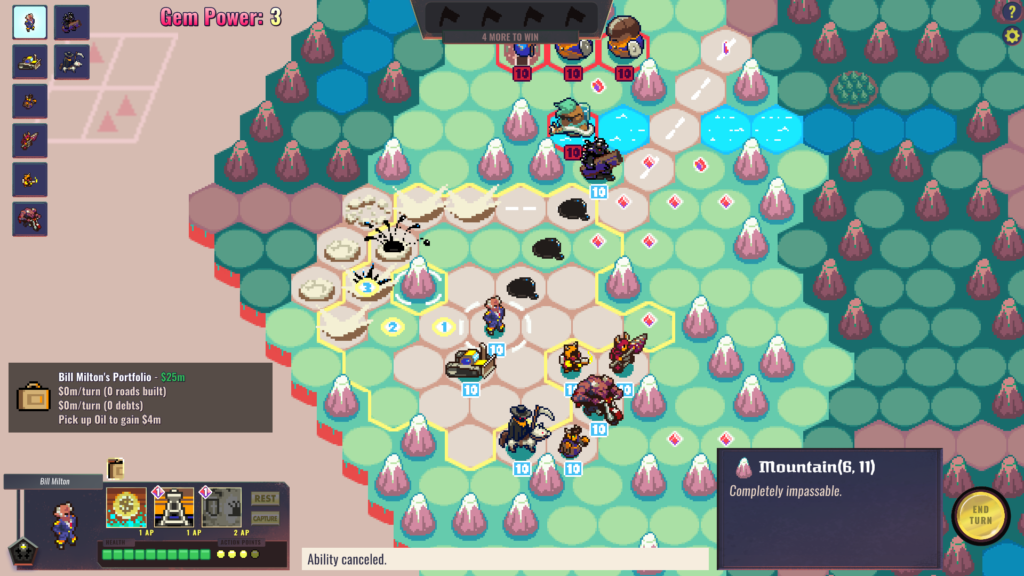 Hi all! Sorry for the radio silence recently. I actually do have a new game design article in the works, but it’ll have to wait. The next three days are the last days before Gem Wizards Tactics will be RELEASED on Steam!

I’m actually feeling really good about the state of things with GWT. I think it’s the best game I’ve ever made, overall. I really feel like it’s “what I have to show the world”, like it feels like what I’ve been put on this planet to do. I got a few good signals that I’m really onto something. The first of which being watching streamers HOWL in joy upon finding out what’s possible in this game. The second is that I notice that whenever I’m watching someone else play, I want to stop watching them and go play myself.

I also want people to understand that this Steam launch is only the beginning of a long post-release development. Here are some of the things that I have planned for the game:

I’m also open to your other ideas for the game. I want this game to be BIG and feel substantial, which I think it already does, at least enough, but I also think there’s a lot more we can do. Let me know your thoughts.

Anyway, I’m now in “polish/bugfixing” and of course marketing mode for the next few weeks or so. Wish me luck! And if there’s any way you can help out with marketing, word of mouth, that sort of thing, it would really mean a lot to me! Thanks so much for reading.