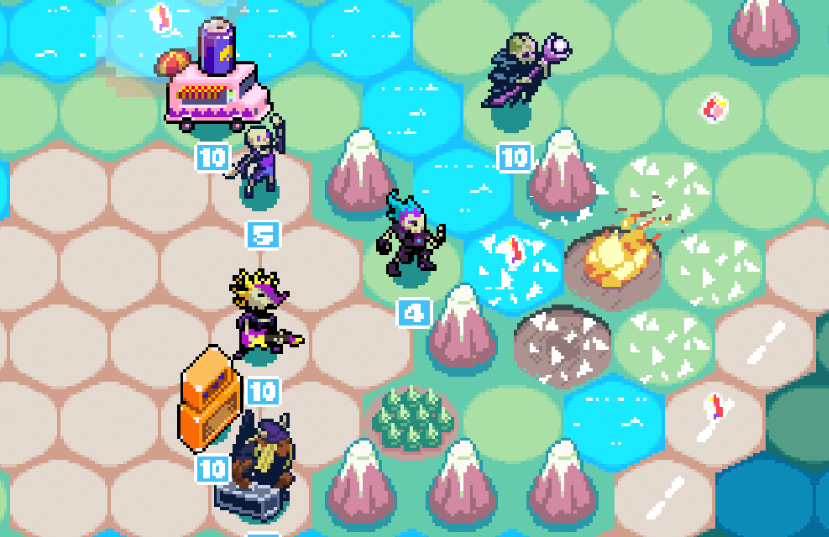 The Neverending Party is a loose, spontaneous federation of musicians, artists and political activists who have risen up to fight for the oppressed across the globe. Coming from the far Northern realms, many of them are a species of Skeleton people – originally a product of dark magic, but now a self-perpetuating species all their own. Lead by the radical punk rocker Eve Williams, the Neverending Party specializes in support buffs and overwhelming the enemy with their numbers.

I haven’t been able to play with them too much yet, but I have high hopes that this faction will play really distinctly from the others. And they’re not even done yet! You might notice that the other factions have 7 units, and this faction only has six. I decided to start off with these six and then see what the faction needs in playtesting as we add our seventh unit. So please weigh in!

Also, all of this is definitely subject to change and much of it probably will change over the next months as feedback starts rolling in. 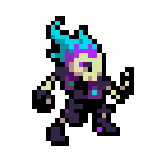 Eve Williams is the faction Wizard. While she has one direct attack ability, Doom Bauble (which creates a bunch of broken glass that stops movement everywhere), she’s generally more of a support Wizard. Her Riot ability allows all of her units in the area to deal their attack damage to any adjacent enemies, which is pretty unusual. Finally, her ability Chant the Chorus is one that’s tied to a specific unit: the Fanatic – it has them all gain bonus AP, and it also gives all units in the area the Neverending buff, which we’ll come back to. But as you’ll see, Eve has a bunch of ways to create Fanatics. 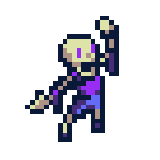 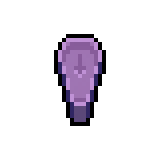 Fanatics are a pretty weird unit. They have only 5 health, and kind of crappy stats: no defense, low damage, and only 2AP. But once you start getting a few of them, things start rolling. Fanatics can help each other move by moving together in formation. They also gain attack damage if there’s at least one Fanatic adjacent. Many abilities give units Neverending, and any unit that dies with Neverending spawns a coffin on that tile. You can then summon a new Fanatic from that coffin. So it’s a little bit more laborious, but I can see the Neverending Party having a huge army later on in Campaign Mode. Oh also: Fanatics, Guitarists, Liches and Eve all have “Always Neverending” — a permanent form of the Neverending Buff. 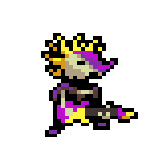 Guitarists are a lot more down to earth – they have a sonic blast AOE attack that does damage in an area. A kind of neat thing is that any Gems that are in that area actually detonate, dealing even more damage. Also, you can extend the range of the Guitarist’s attack with the Amp, which we’ll come back to. 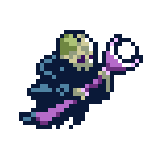 Liches are fliers with two spells: Death Bolt is pretty simple: it deals damage to a target, dealing more damage if the unit is under 5 health. But a cool thing is, the more Souls Liches have collected, the more damage this spell does, so this is definitely an “Econ” part of the faction. Units killed with Death Bolt also give another Soul stack. And their second ability is Ritual Sacrifice, where they destroy a friendly unit entirely to gain a Soul (doesn’t work on summons, sorry!). 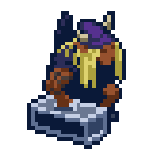 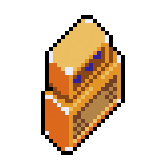 Roadies are actually Demons that have come to work with the Neverending Party, helping them haul their heavy gear and coffins around. These are tanky but quick moving units that have a “pull” skill that can even pull heavy objects. They can also place Amps, which have a bunch of uses, such as giving units the Neverending Buff, or, much more awesome, amps also AMPLIFY abilities, extending their reach further (this is for any unit in the game who has a ranged ability – the possibilities are huge). 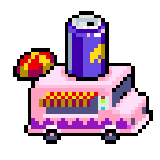 The Zeppole Zamboni is a Wheeled unit that brings something else new to the game: a bunch of one-time consumable buffs. You start out with 3 Fried Dough and 3 Sodas, and when you give them out to other units, they’re gone for good. Fried Dough makes you pack a wallop next time you attack (+3 ATTACK) and Soda refills your Action Points. Basically, you have 6 super-moves. Not only that, but the Zamboni has a RAM ability that can bounce units back two tiles. It’s pretty tanky too, which the Neverending Party can really use.

That’s about all for now, but stay tuned for more news about the NEVERENDING PARTY soon! Will be hitting Steam at some point in the next few weeks!