I’m super excited to announce that today, as of the latest patch (1.10) that Gem Wizards Tactics has a new mode: Derby’s Story. Since launch about two weeks ago, one of the common things I heard was something along these lines: “The tutorial is really easy and simple, but then the game throws you into Campaign or Match mode, and it’s a bit overwhelming“. So over the last week or so I’ve been working 12-15 hour days every day to get a new mode added to the game! 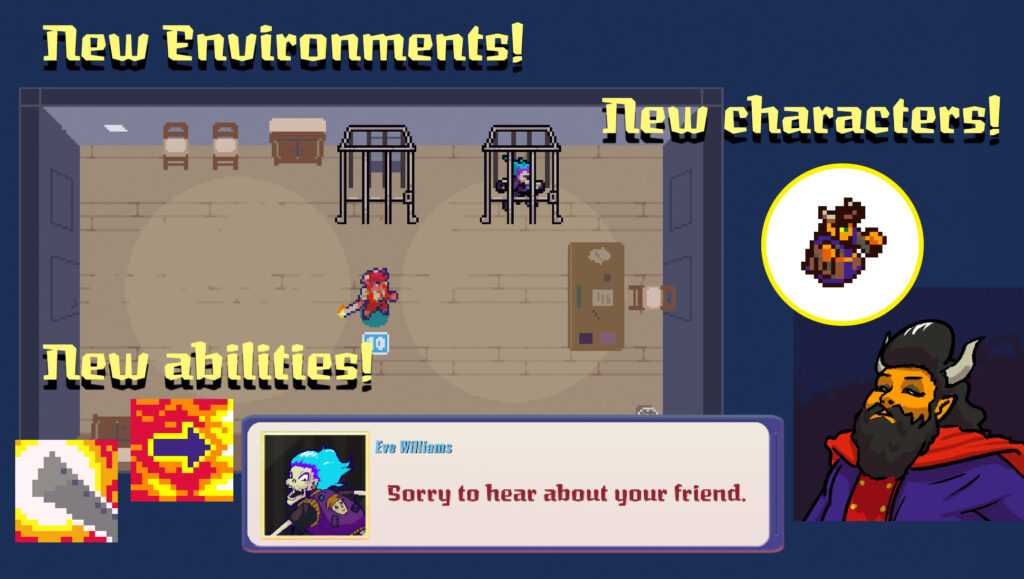 Derby’s Story is somewhere in between the difficulty and complexity of Tutorial, and the easiest Campaign or Custom modes. It also importantly gives players the opportunity to be introduced to the Gem Wizards Universe in a way that wasn’t possible with the other modes. Derby’s Story features cutscenes, illustrations, new settings, new music, and new characters with new abilities. Most prominent of these is Derby Pocket, the main character in the story.

I am super excited to share this story with people. I’m really proud of it. That said, I do also intend to expand/improve on it in the future (as is always the case with everything in Gem Wizards Tactics). I also would love to create other story episodes later on, telling the stories of other characters and factions.

Also, related to that original feedback: you should know that Campaign Mode now has three difficulty settings: Apprentice, Wizard, and Archmage. Not only that, but we’ve made Apprentice significantly easier with Patch 1.10. So I think players should have a much easier time on-boarding now than they did at launch.

Here are the (mostly) full patch notes, which you can also read on Steam.

Thanks so much for your feedback and help everyone! I couldn’t do this without you. Stay tuned for more Gem Wizards Tactics news!