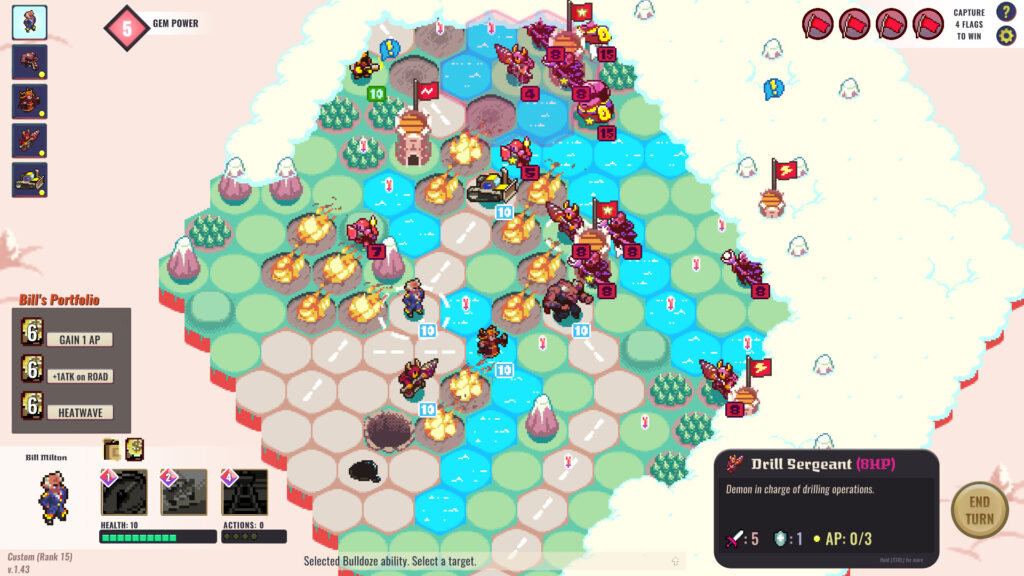 I can’t believe it’s been 16 months since I originally launched Gem Wizards Tactics already. I mean, part of why I can’t believe that is that for almost a full year after the launch, I was furiously updating the game: two new factions, a new game mode (arguably two), a map editor, tons and tons of balance changes, polishing, bugfixes, you name it. Not to mention porting the game to iOS, Android, Switch, and XBox.

At this time, I don’t have any plans to add much more to the game. As an app, it’s pretty robust – there’s a lot to do in there. So now might be a pretty good time to talk about the game: what went right, what went wrong, etc. Here we go!

(This is the boring part that you skip over.)

(This is why you’re here! I’ll try not to disappoint.)

Probably the top regret I have about Gem Wizards Tactics… well, it’s a pair of regrets. Or maybe three regrets. I don’t know what order to put these in, but… here are three of my top regrets:

Overall I’m really proud of Gem Wizards Tactics, and I’m so happy I made it. I do also think that right now we have an atmosphere that is more hostile towards indie games than we’ve ever had: there’s just such a hyper-saturation of indie games, while at the same time the actual oxygen for indie games is completely sucked up by 20 AAA companies. So there’s kind of fewer resources for more developers; I try to keep this in mind and not be too hard on myself. It’s kind of a miracle if anyone finishes any game.

I also think the Gem Wizards Universe has a really exciting future, with TWO games in the universe being developed right now. I would love to do a sequel to GWT – especially if I can get a budget, but frankly, even if I couldn’t. Maybe that’s one of the best things about GWT is how much it taught me about games and game development. I really feel like a much better game designer after having made it, and I hope to show that growth with my future games.