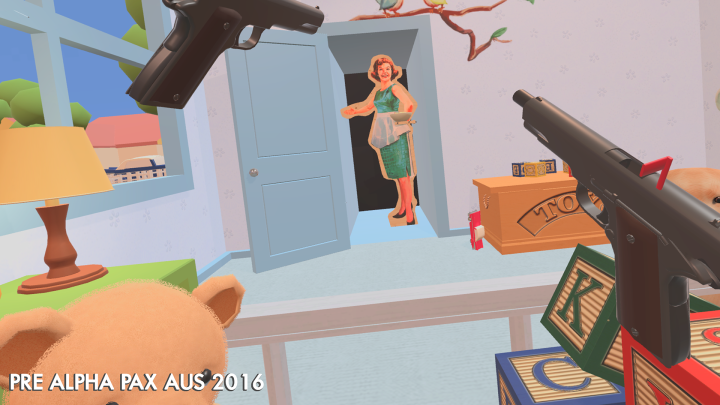 Hello everyone! A new episode, finally. This one is a distinct two-parter, coming in at about 45 minutes. I first talk about how games are better described as contests of understanding rather than contests of decisions. The “decisions” aspect of games tends to actually be a bit over-stated.

The second thing I talk about is a new IGN article that asks the question, “Are Guns In Video Games Holding The Medium Back?”

(Above is a screenshot from a new satirical VR game called The American Dream.)

Thanks for listening, and let me know what you think of the episode below.

Liked the episode? Please consider becoming a patron at Patreon.com. You’ll gain access to previews of new episodes, articles, and even get the first glimpses at my games and prototypes.